Author of the article: Stephanie Babych 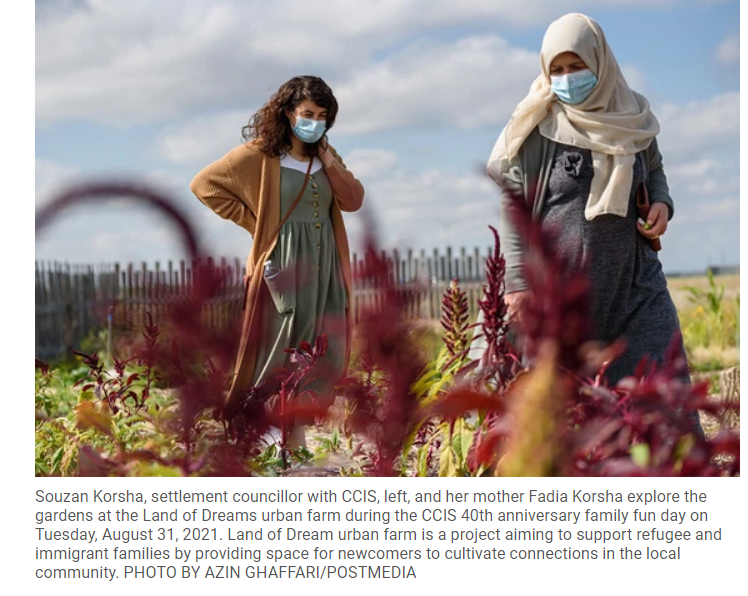 To celebrate 40 years of work supporting immigrants and refugees who have come to Calgary, a local agency hosted a fun-filled event Tuesday for dozens of newcomers — including several Afghan refugees who just arrived in the city.

Calgary Catholic Immigration Society (CCIS) was founded in 1981 by a handful of volunteers who came together to support refugees from Vietnam. The group now operates as a multicultural team with more than 200 workers who collectively speak more than 60 languages.

CCIS offers settlement and integration services for newcomers in Calgary and several other southern Alberta communities.

“We are connecting people and building on their hope with this event, because people come and usually they have many fears. We try to eliminate their fears and build on the hope they have for a new life in Canada,” said Fariborz Birjandian, CEO of CCIS.

“We’re here to play together, laugh together and dance together.”

The anniversary celebration, held at CCIS’ Land of Dreams urban farm in the southeast, featured a petting zoo, food trucks, a bouncy castle and a tent that was blasting music.

As well, a Blackfoot elder shared stories with guests in a tall, white tipi set up at the farm.

Birjandian said the event showed Canada has been a country that values newcomers, and as he looked around he said the crowd there reflected Calgary’s diverse population. 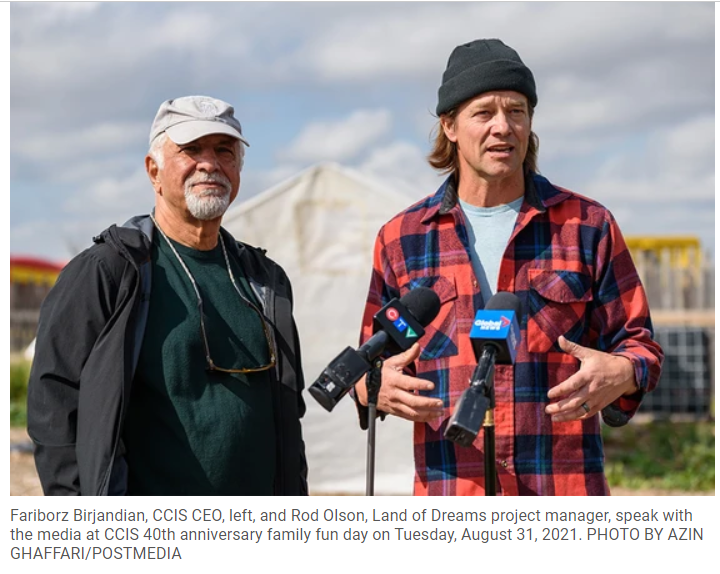 With a few thousand Afghan refugees arriving in Canada, CCIS is already busy helping the first 38 of them settle in Calgary, Birjandian explained. Many Afghans were evacuated from Afghanistan following the takeover of the country by the Taliban.

Calgary Mayor Naheed Nenshi toured the event and spoke with a small group of refugees who very recently arrived in Canada.

“Earlier this summer, I thought that the 40th anniversary of Calgary Catholic Immigration — which is one of our lead agencies in dealing with refugees — would be a moment for just celebration. Of course, now we are dealing with this horrific crisis coming out of Afghanistan,” said Nenshi.

“It just reminds us that we’re very lucky to have organizations like CCIS in place. But at the same, there’s still work to do every day.”

The Land of Dreams urban farm is an agriculture project that provides space for newcomers to connect to the land and access the outdoors.

Rod Olson, project manager of the Land of Dreams farm, said the farm has encouraged cross-cultural connections between immigrants and refugees who spend time at the farm.

“They also grow food from their backgrounds, like purslane and amaranth, which grow really well here in Calgary,” said Olson.

“It’s a great way for them to feel a greater connection to this land.”

Nenshi said the Land of Dreams urban farm and other initiatives from agencies like CCIS remind us the “vast majority of Calgarians want to make life better for everyone,” including the Afghan refugees who continue to arrive in the city.

“It is a human tragedy. But one thing I know for sure, the folks who now share this land with us have a very bright future,” said the mayor.