The group provides free information sessions, workshops and social events for newcomers of all denominations 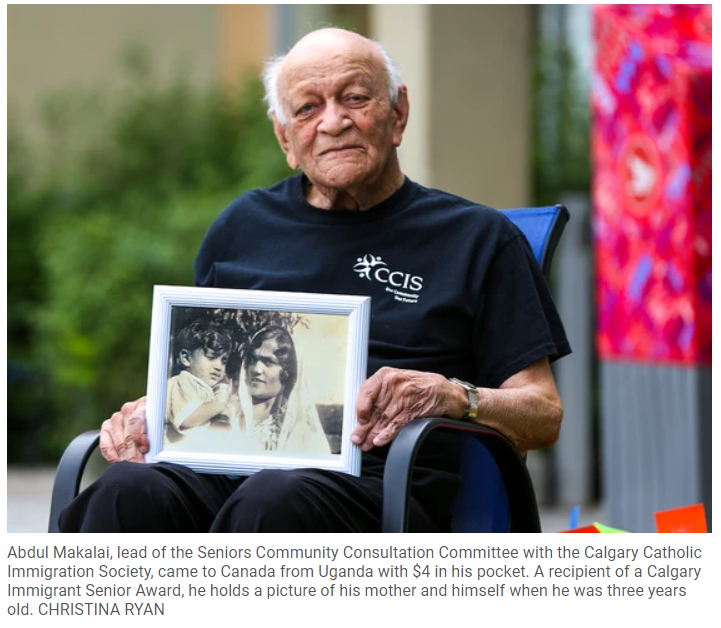 Whether they immigrated to Canada and are living the dream or arrived to see it shatter, leaving them lost and lonely — the Calgary Catholic Immigration Society (CCIS) welcomes seniors looking for support and friendship.

“That’s where I feel so blessed, that I have these seniors that keep coming back. They feel CCIS is their second home. Regardless of the weather, they come to the office to participate in our events or wherever we are, they will show up.”

Of course, that all looks very different in the midst of a pandemic which, for the most part, divides rather than gathers people together.

Many seniors’ programs are no longer in-person, though they still strive to create the same community connections. For now, pretty much everything is virtual, says Celis, who misses pre-pandemic days and in-person events which showcase cultural cuisines, traditional dancing and performances.

“It’s still the same,” Celis says. “Only it’s harder on everyone.”

Through CCIS, seniors can access free educational workshops on topics from pensions and benefits to wills and health and wellness and they can join ethnic groups, sign up for volunteer opportunities and attend social events. The organization also has workshops and information sessions detailing everything from how to access support to where to buy bus tickets.

The organization, with its 40-year history, is funded by the three levels of government, grants and private donors and although founded by three Catholic nuns, it is very much a place for individuals of all faiths or even those with none.

“We try to integrate the immigrant seniors into Canadian society to prevent isolation,” Celis says. “It’s not easy when you are immigrating and especially if you don’t know English.”

While many seniors settle into an idealistic new reality, Celis says there are times when it doesn’t pan out.

One couple, who didn’t have a good relationship with their child’s spouse, ended up homeless shortly after arriving, forcing them to rely on friends to take them in until they found low-income housing. When one of them passed away, none of their immediate family members here in Canada came to the funeral or to support the remaining spouse.

Others have to look for work to provide for family when a sponsoring relative suffers an unexpected illness or injury and some are simply lonely despite being surrounded by loved ones.

Although some might assume coming to Canada might be akin to winning the lottery, for many seniors it is a tough transition which sees them become a dependent, reliant on family who sponsored them to this country.

Some are tied to daily responsibilities that include caring for grandchildren, preparing meals, doing housekeeping and no longer being part of the community at large. And others are simply a little bit homesick.

Those types of difficulties drew Abdul Makalai to CCIS. And for more than two decades the man, who is lead of the Seniors Community Consultation Committee and recipient of an Immigrant Senior Award, has been serving fellow immigrants in any way he can.

But the 87-year-old — forced to flee his homeland of Uganda many years ago and make his way as a refugee to Canada with just $4 in his pocket — doesn’t do it for the recognition. He does it because he knows what it is like to be a newcomer with nowhere to turn.

“It was very difficult,” he says. “But Canada was very helpful. They look after you whether you are a two-year-old or a 97-year-old. I wasn’t born in Canada, but my blood is all Canadian.”

Makalai was among those who spearheaded the immigrant seniors program. Speaking seven languages has been a good way for him to be of service.

“If you grow old, you realize what knowledge you have to give to other people. You can’t take it with you. You have to share,” he says.

“There is lots of work to be done for seniors, especially immigrant seniors. I enjoy doing what I am doing to help. If I was not doing these things, I would be dead a long time ago. CCIS treats me not as a senior, but as a member of the family.”