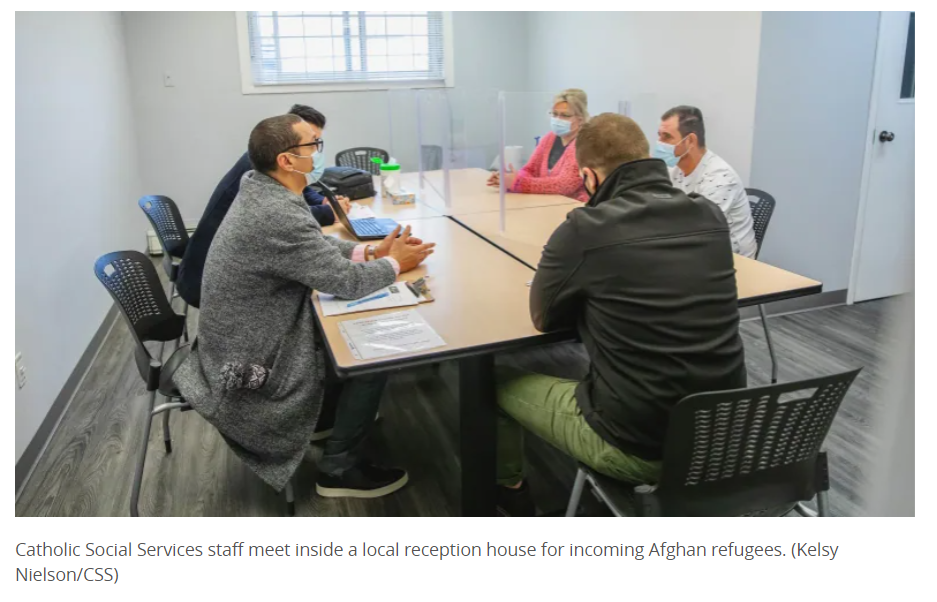 Local social agencies are preparing to welcome dozens of Afghan refugees to Edmonton over the next few weeks.

Plans are in flux, but national settlement co-chair Fariborz Birjandian, who is also CEO of the Calgary Catholic Immigrant Society, told CBC News on Tuesday night that 40 refugees from Afghanistan are expected to arrive in Edmonton over the next 10 days.

Canada's federal government has said it would accept up to 20,000 vulnerable Afghans threatened by the Taliban.

Edmonton organizations that resettle refugees are getting ready to help the new arrivals find housing, employment and language training if needed.

Catholic Social Services (CSS) is lining up staff who speak Dari and Pashto, the two main languages spoken in Afghanistan, and the agency plans to meet with schools and employment groups next week.

Kathryn Friesen, CSS's director of immigration and settlement service, said the agency's staff learned many lessons after resettling refugees from Syria. Several thousand refugees came to Edmonton from that country in 2016 and 2017.

"If a large number of people come, it can be easier for people to fall through the cracks," she said in an interview on Tuesday.

Engaging the community effectively, she said, is key to making sure people receive the services they need.

The Islamic Family and Social Services Association is also turning to the community for help, posting a survey last week to recruit willing volunteers and sponsors.

Executive director Omar Yaqub said within just one day, 100 people had signed up.

"It's really exciting," he said.

"A lot of people have been deeply moved and want to help others."

Maintaining that enthusiasm will be important, Yaqub said, pointing out that following the Syrian refugee crisis, public support dropped off once the media stopped reporting regularly on refugee issues.

Before arriving in Edmonton, refugees must quarantine in Toronto and be tested for COVID-19.

CSS will provide in-person services, with masks and physical distancing, but Friesen said some newcomer services are only available virtually.

"Some of the digital literacy of people arriving in the community is limited, so that is a big barrier for people to be able to access services," she said.

Though hundreds of Afghan refugees have already arrived in Canada, questions of where many refugees will settle — and who will support them — remain.

"The difference between this group and other refugees coming from overseas is that most of the immigration work has not been done," Birjandian said.

Settlement workers also do not know how many of the 20,000 refugees will be government-assisted and how many will be supported by private sponsors.

"There are more unknowns than knowns," Friesen said.

"We're preparing so that our community can respond as best we can."

Afghan refugees grateful to settle into ‘bright future’ in Calgary