Exiled: Syrians in Canada look back on 10 years of civil war

Some were imprisoned or tortured by the Assad regime. Others fled religious persecution as extremism took hold. All are grateful for a chance to rebuild in Canada – and hopeful Syria will see better days again 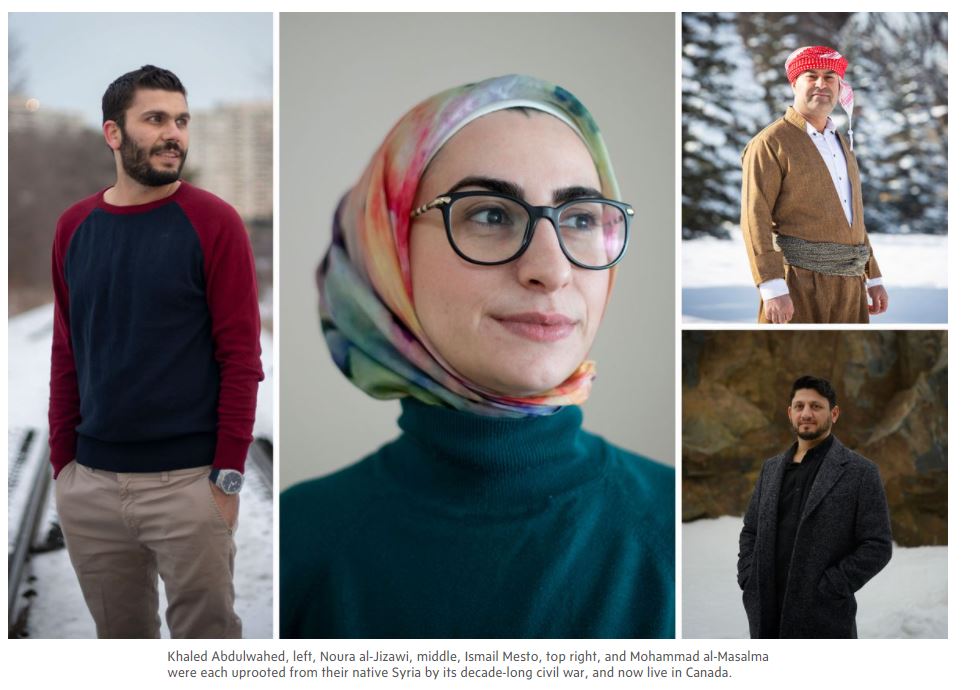 Ten years have passed since the Arab Spring first brought calls for the downfall of Syrian President Bashar al-Assad, and yet the country continues to be mired in a bloody civil war, the reverberations of which sent 6.6 million Syrians, or almost one-third of the country’s prewar population, to seek refuge abroad.

Of those, more than 83,000 have settled in Canada since 2015 after fleeing Syria because of a diverse set of circumstances. Some had their homes and villages destroyed by fighting, while others sought asylum after speaking out against the regime of Mr. al-Assad. Still others escaped or were survivors of the genocidal brutality of the Islamic State.

The jihadist group, which at its peak in 2015 controlled a significant portion of territory in northern Syria and Iraq, deployed brutal tactics that shocked the world and drew in Western militaries, including Canada’s. In addition to targeting a broad swath of the Syrian population, the Islamic State targeted and enslaved an estimated 3,500 women and children of the Yazidi minority.

Though IS no longer officially controls territory, Mr. al-Assad remains in power, and millions of Syrians struggle to rebuild their lives thousands of kilometres away from a home they may never be able to return to. But they haven’t given up – while building networks within their new communities, many have continued to use their voices to speak out against Mr. al-Assad and share their experiences as an exiled diaspora.

The Globe and Mail spoke to four Syrians now living in Calgary, Toronto and Halifax about what the 10-year anniversary of the civil war means to them, from the standpoint of their new lives in Canada. 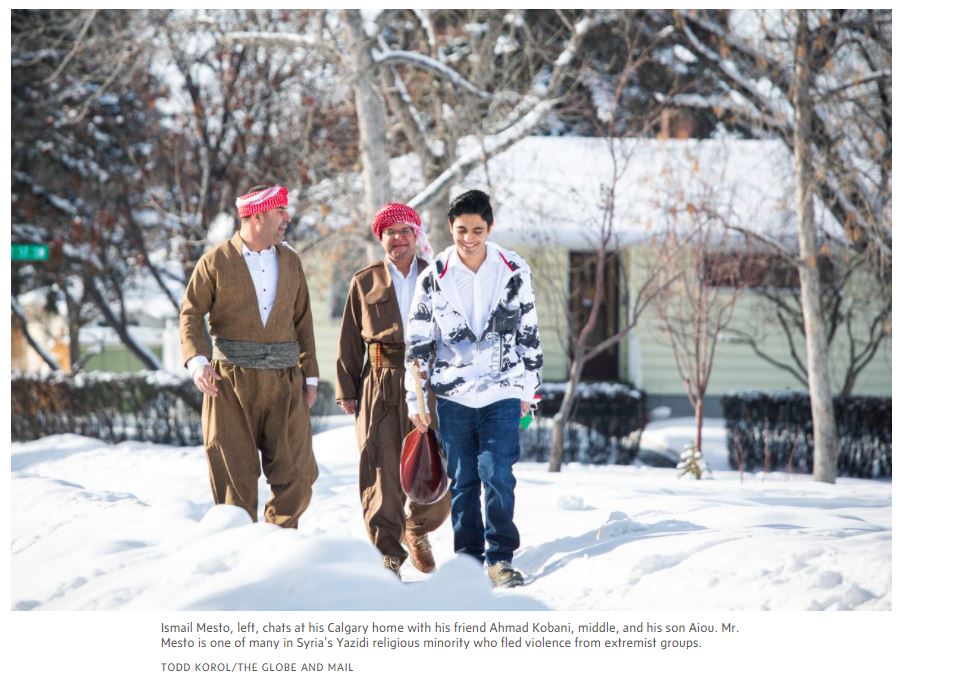 Ismail and Hanane Mesto’s life prior to the revolution was idyllic. The couple’s family, then of four, lived on a farm outside Afrin, in northwest Syria, surrounded by extended family.

“I miss taking care of our cows, and I miss the wildlife on our farm,” says the Mestos’ 17-year-old son, Ali.

But he understands why his family had to leave. In 2011, shortly after the revolution began, his parents sensed the growing instability would likely embolden extremist groups that would target Yazidi families like them. 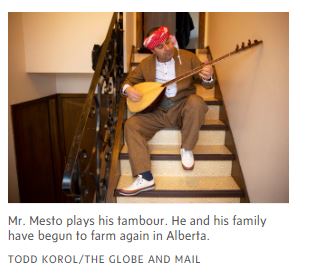 When a Yazidi neighbour was slain, they decided to flee to Lebanon, and eventually made their way to Calgary in 2017 through the Canadian government’s Syrian resettlement program.

In 2013, while they were still in Lebanon, Hanane travelled back to Syria to visit her dying father one last time. Though Yazidi women do not wear hijabs, Hanane decided to wear one to conceal her identity while taking the bus into her village. At one point, militants she describes as Daesh (or Islamic State) boarded the bus and questioned everyone’s religious identity. When one woman described herself as Yazidi, she was pulled off the bus. Hanane was left to wonder what would have

Now, in Canada, the Mestos are trying to piece back a semblance of the life and the loved ones they left behind in Syria. They often call Hanane’s mother, who lives in a refugee camp near Afrin.

“In the future if Syria comes together, I want to go back to see, but right now grandma says she has no electricity, and the food is too expensive for her to buy,” Ali says.

Like Ali, Hanane and Ismail miss the central role farming played in their family’s life. Through the Calgary Catholic Immigration Society, which leases a 30-acre piece of land in an industrial area, the family has begun to farm again.

At the farm, which community members have named the Land of Dreams, several Yazidi survivors work alongside other refugee families on plots laid out in the shape of an Indigenous medicine wheel, growing produce and collecting honey.

They grow vegetables native to both Syria and Alberta, and are learning from Blackfoot elders about Indigenous relationships to the land.

For the Mesto family, the farm is a reprieve – from the pandemic, from the stresses of newcomer life, and from the collective trauma of the Yazidi experience. Ten years later, they have returned to farming as a means to heal those wounds.