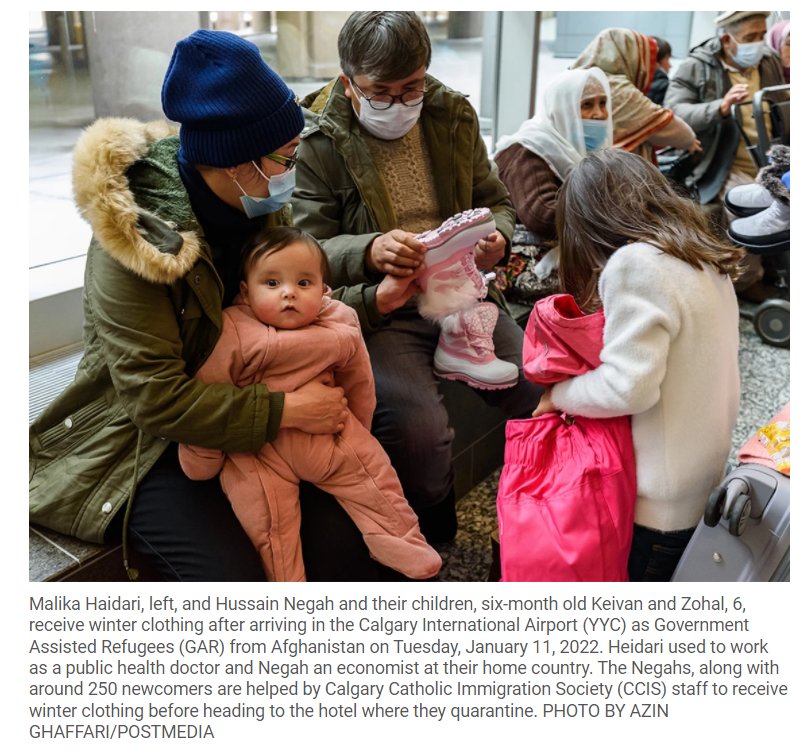 OTTAWA — Six months after the federal government promised to help thousands of Afghan women leaders, human-rights activists and journalists flee to Canada, the first planeload has landed in Calgary.

Immigration Minister Sean Fraser announced the arrival of 252 Afghan refugees on Tuesday, including the first 170 admitted through a special program for people the government deems to be human-rights defenders.

“It is a privilege to welcome today this cohort of Afghan refugees, who face persecution as a result of their work to protect the human rights of others,” Fraser said in a statement.

“I am grateful for their work to document and prevent human-rights abuses, and proud that they now call our country home.”

The Liberal government launched the special program in July after weeks of criticism from angry Canadian veterans upset Ottawa wasn’t doing more to help Afghans facing possible Taliban reprisals for having worked with Canada in the past.

It was not immediately clear when the refugees who arrived in Calgary via a chartered flight from Pakistan on Tuesday first fled Afghanistan, which has been under Taliban rule since August.

Fraser’s office said the 170 who arrived through the special program had been referred to Canada by the Ireland-based human-rights organization Front Line Defenders, which has been working to identify those most at risk.

The remaining 82 Afghans had worked in jobs involving a “significant and/or enduring relationship” with the Canadian government, as well as family members. 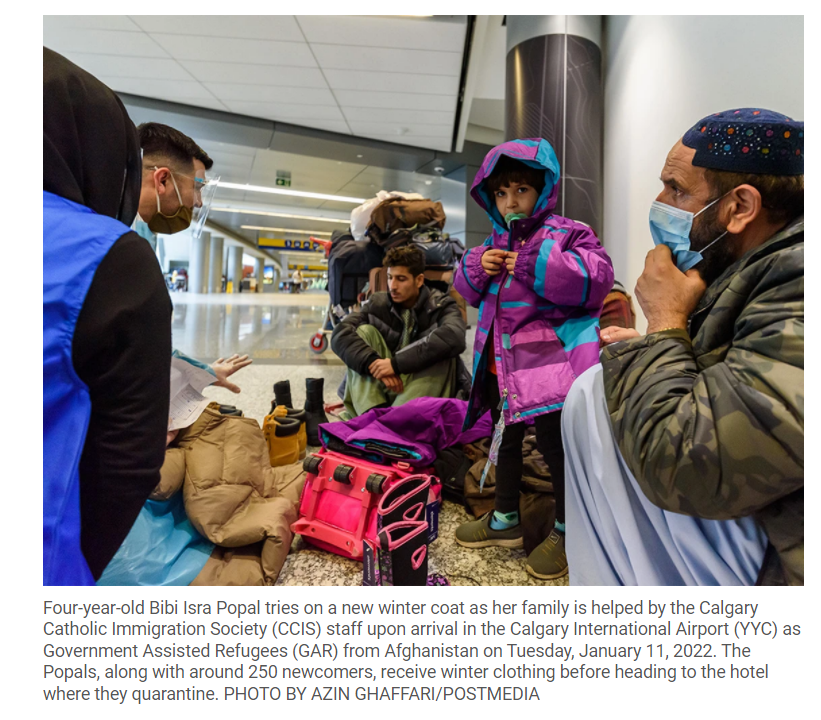 Much of the concern voiced by Canadian veterans had revolved around the fate of former interpreters and other support workers who supported Canada’s military mission in Afghanistan and are now stuck, unable to flee.

Veterans and refugee advocacy groups had created a network of safe houses to allow 1,700 former interpreters, cooks, guards and their families to stay in Kabul until the government could process their asylum claims and get them out.

But with the government slow to act before the Taliban took over, and as costs mounted with little prospect of getting more out, the network was closed in November and hundreds of Afghans were forced onto the streets of Kabul.

The Liberals have promised to resettle 40,000 Afghan refugees to Canada, but nearly all of those are expected to be people living in UN camps in Pakistan and other neighbouring countries.

With Monday’s arrivals, the government says it has so far resettled about 6,750 Afghan refugees in Canada. Fraser suggested last month that it could take up to two years for the government to meet its promise of bringing in 40,000 Afghans. 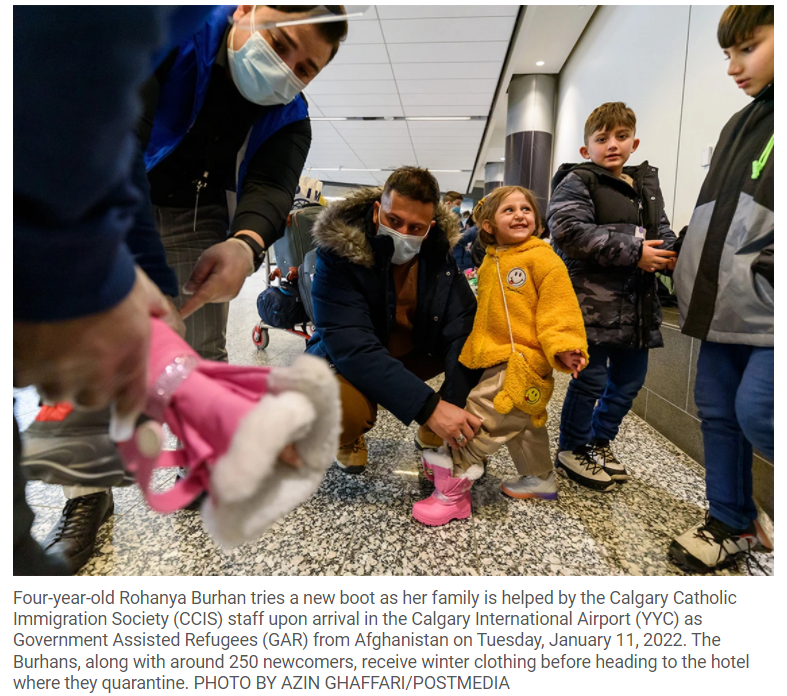 Veterans and refugee groups aren’t the only ones who have lamented the pace of the government’s efforts when it comes to helping Afghans escape to Canada, with opposition parties also joining the chorus of criticism in recent months.

The NDP has criticized what it believes is excessive bureaucracy imposed on desperate Afghans, while Conservative Leader Erin O’Toole tabled a motion calling for a special committee to review events leading up to the fall of Afghanistan to the Taliban.

MPs voted last month to establish the committee, which will also look at efforts to evacuate Canadian citizens stuck in Afghanistan as well as interpreters who helped the Armed Forces and other Canadian organizations.

But the Conservative motion was amended by the Bloc Quebecois, which said the committee’s primary objective should be to look at humanitarian assistance to help assist the Afghan people.

It also placed restrictions on documents to be released to the committee and said some, for example those that might compromise national security, could be redacted.

This report by The Canadian Press was first published Jan. 11, 2021.