The assembly was a first in terms of inter-agency collaboration between CCIS , Philippine government, Alberta government, and community partners to promote the rights and welfare of temporary foreign workers.  The event was organized by CCIS in partnership with the Philippine Consulate General in Calgary, Philippine Overseas Labor Office (POLO), Overseas Workers Welfare Association (OWWA) , and Edmonton-based Catholic Social Services (CSS). The program was opened by Labour Attaché Jainal Rasul, Jr.  of POLO, Jessica Juen of CCIS and Consul General Zaldy Patron of the Philippine Consulate General in Calgary. 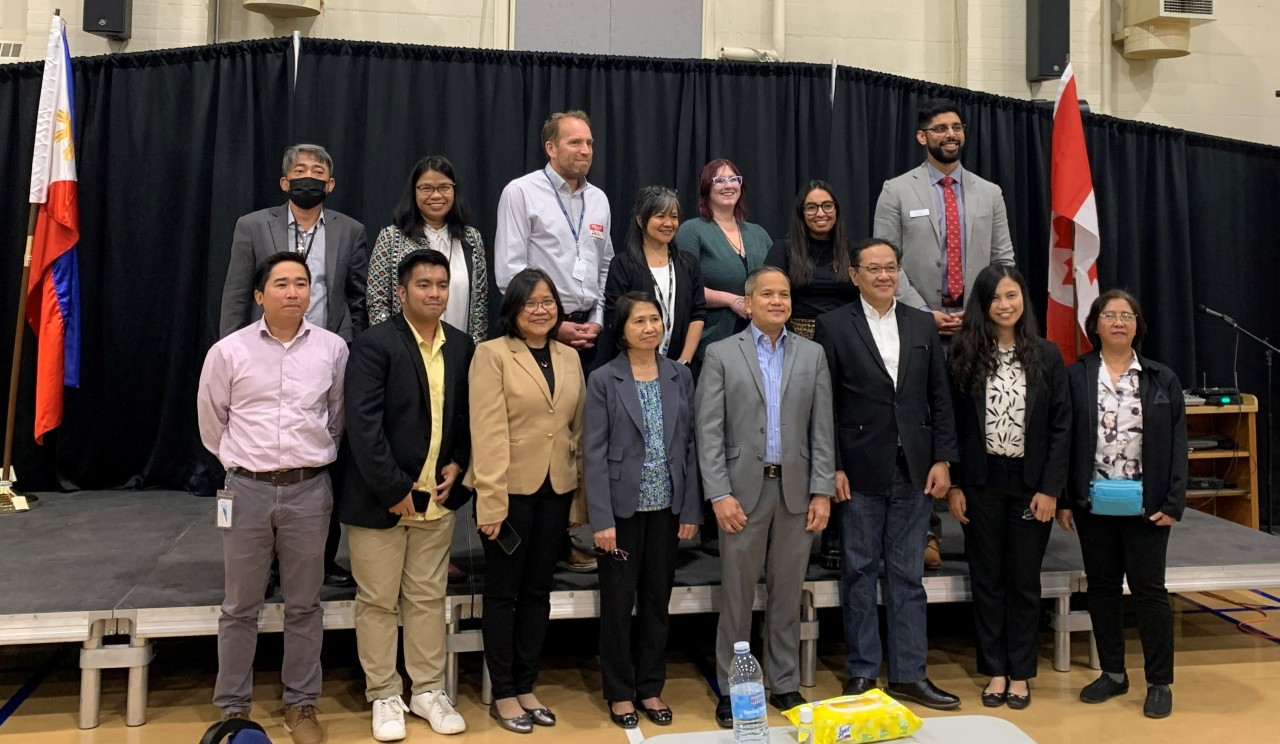 Foreign workers and community members from Calgary, Edmonton, High River, Banff, Red Deer and as far as Camrose, were so thankful and happy to learn about their rights and welfare and their specific concerns addressed in the assembly.

In the morning, Calgary Workers’ Resource Center’s  Zoe Lambert discussed TFW Rights and Responsibilities . This topic was supplemented by speakers from Alberta's Ministry of Labour and Immigration --  Maggie Godzic of Employment Standards and Simonette Pili of TFW Advisory Office -- by providing information about the role of the TFW Advisory Office and pointers on submitting complaints to Employment Standards office and conflict resolution process. 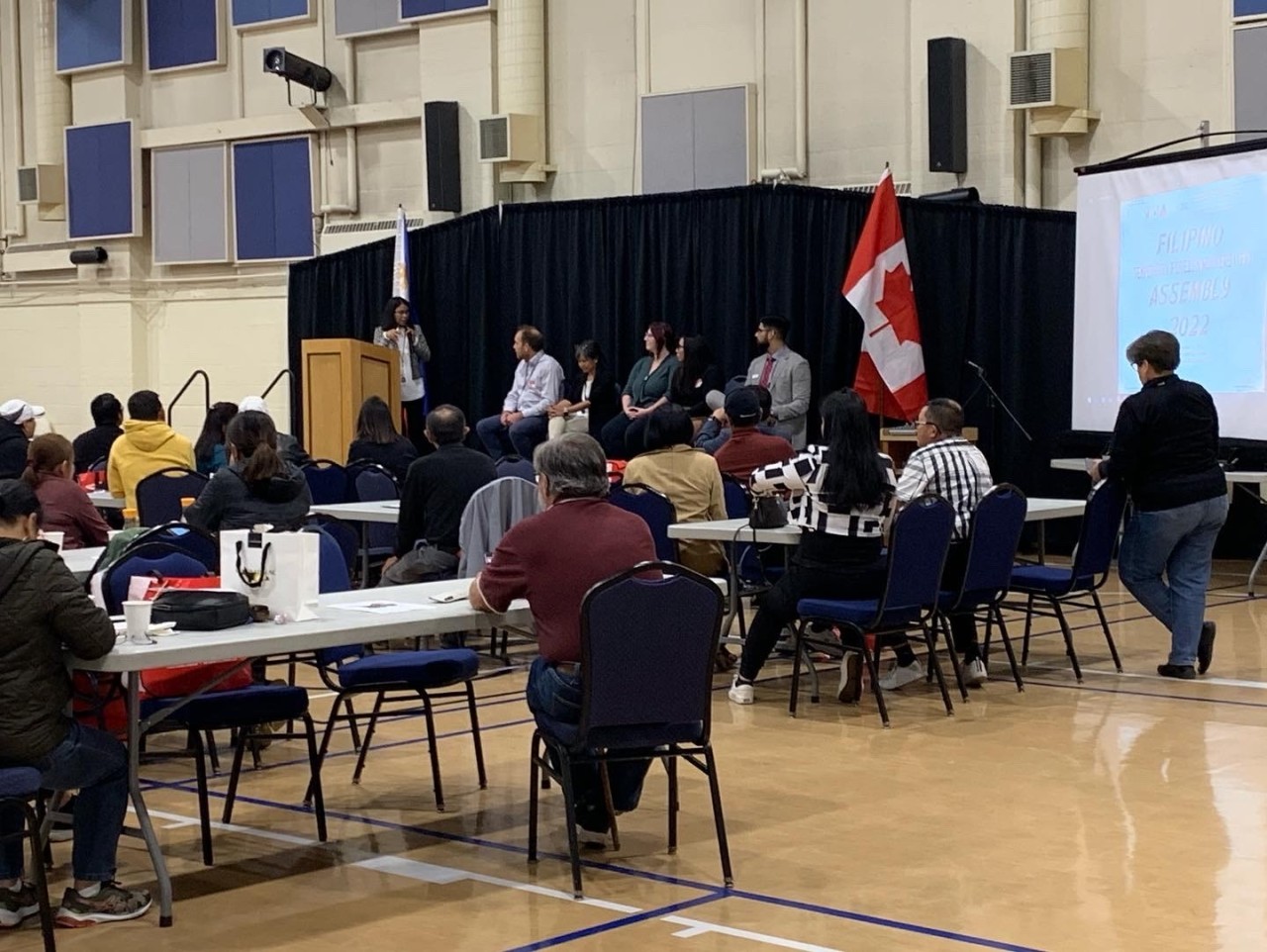 The morning session was moderated by Jessica Juen, CCIS’ TFW Program Manager. Questions raised by the participants were well addressed by the resource speakers during the open discussion. Concerns asked ranged from how workers can avail of the services from the government and non-government agencies, protecting them against false information,  how to assist those who have lost their status as temporary workers, sharing of specific cases of abuse in the workplace and remedies available for them.

One of the highlights of the assembly was the free legal clinic. Thanks to our 4 volunteer lawyers who provided their time and expertise: Jatin Shory, Lucinda Wong, Rowan Fisher and Talvir Minhas Booths were also set up  for workers to consult for specific concerns and support they needed. 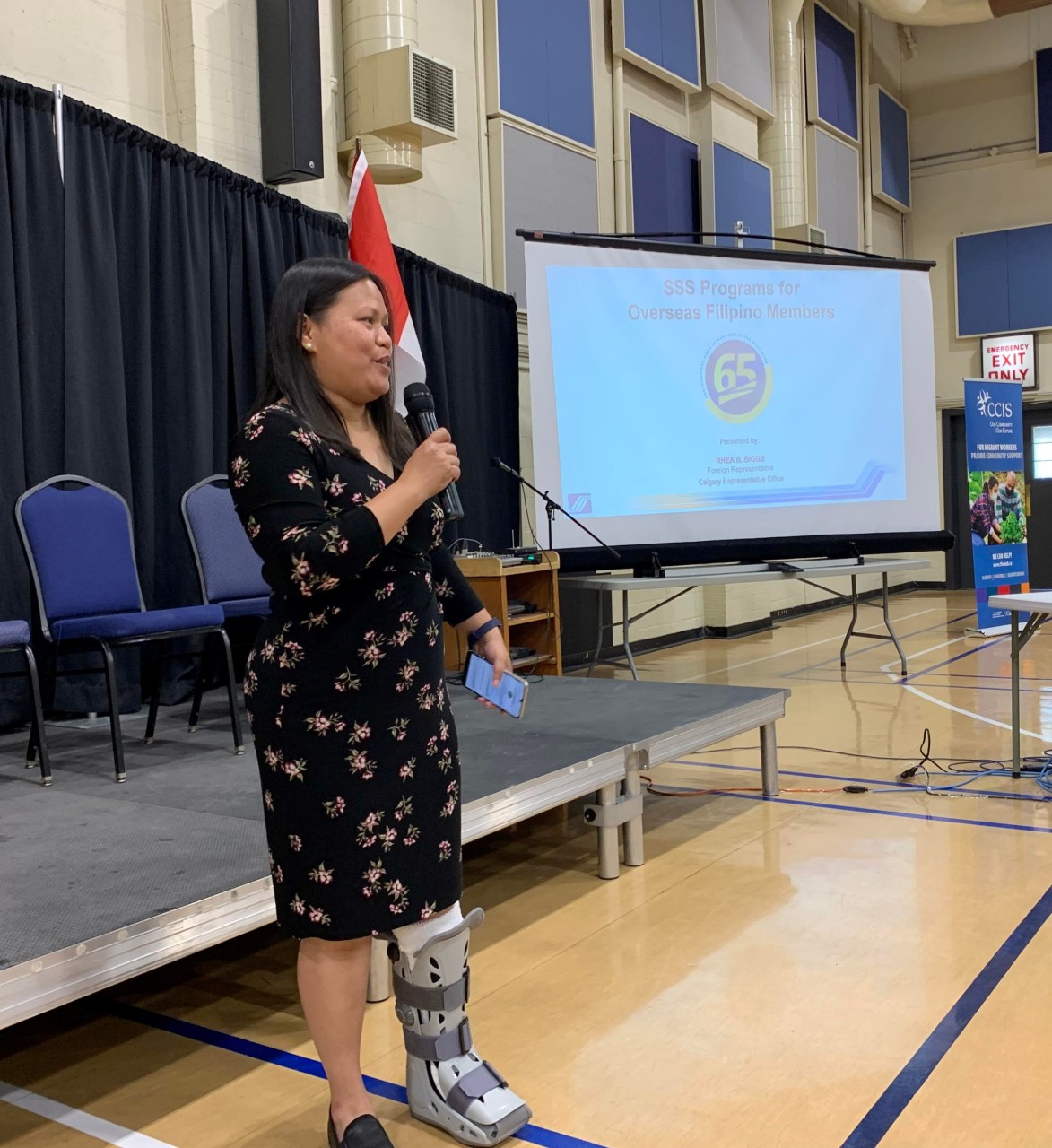 Aside from providing information about the services and support TFWs can get both from the Canadian and Philippine government, there was also a session about community support. Prima Anderson of Fiesta Filipino, Erwin Bodoso of Filipinos Rising (FRIENDS) and Jay Zapata of Migrante-Alberta shared how TFWs can avail of support from community organizations like them, especially the need for natural support, advocacy and referrals. CCIS’ Myla Ignacio and CSS’ Edwin Silang explained their respective programs and support for temporary foreign workers. 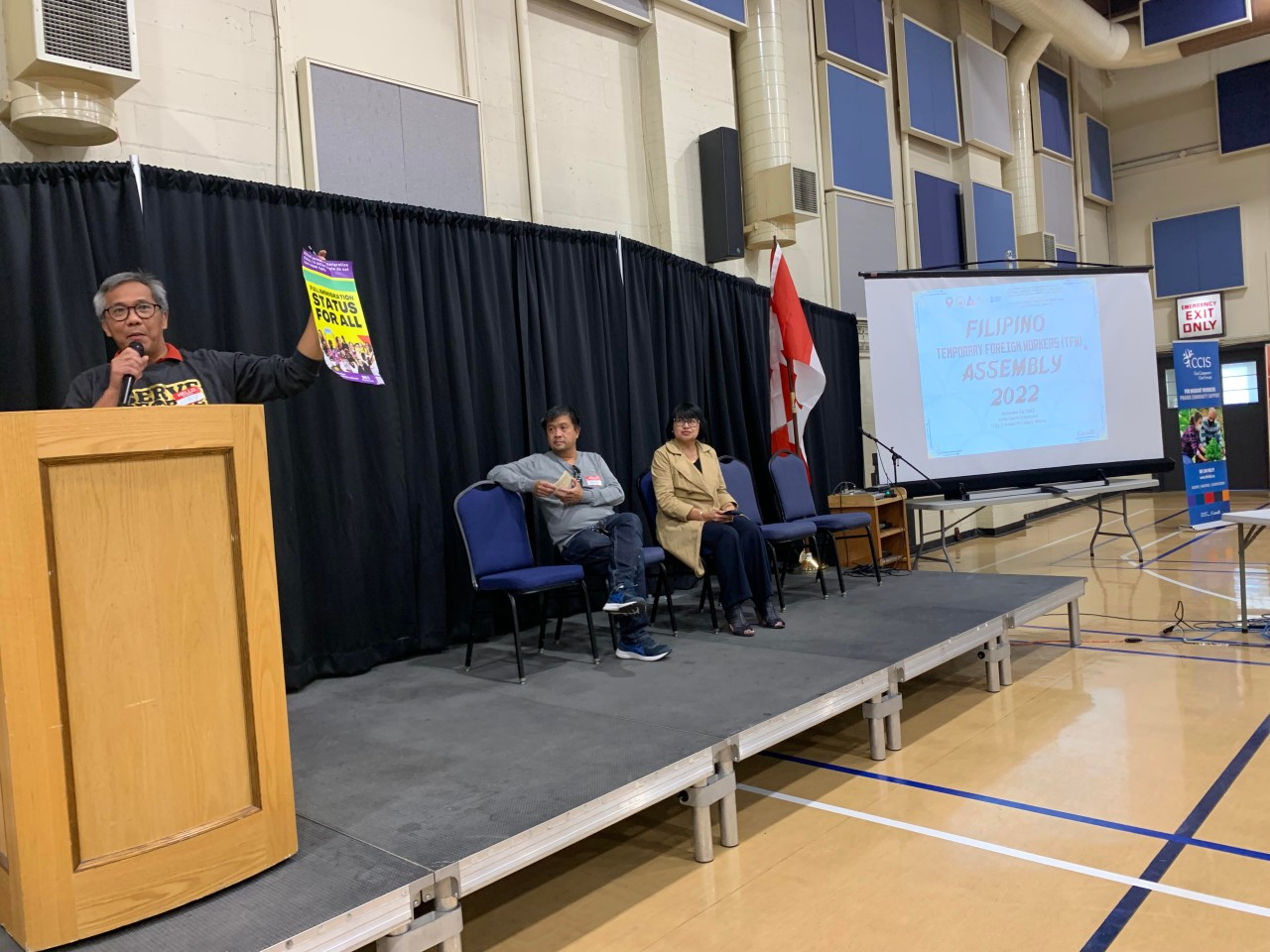 TFW Assemblies for other nationaliities will also be organized in the future.

CCIS provides support to all temporary foreign workers in Alberta , Saskatchewan and Manitoba, in partnership with service providers through the support of Employment and Social Development Canada.  CCIS' TFW Program has been running since 2008 though the support from the Government of Alberta. To connect TFWs for support please call  1-888-331-1110  or visit TFW Hub at www.tfwhub.ca

Tweet
CCIS Board Names Gordana Radan as Next Chief Execu...