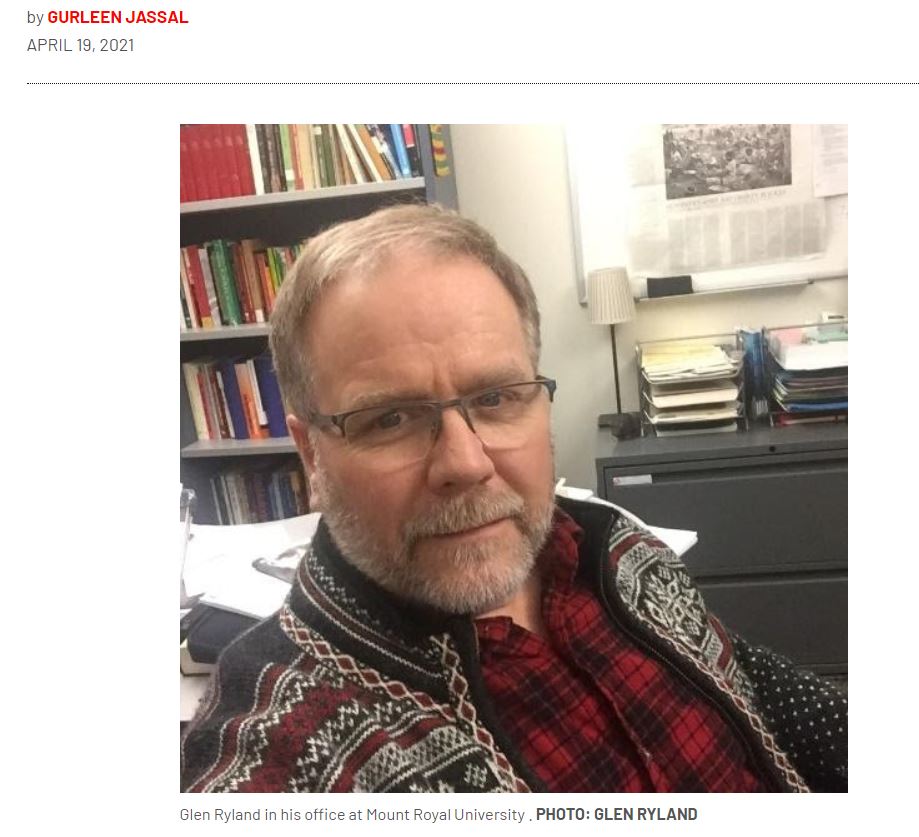 As a history professor at Mount Royal University, Glen Ryland teaches students about the world around them. But it’s his connections with students that have led to his engagement with a variety of communities in and around Calgary.

Ryland is a German historian. At MRU he teaches everything from general education courses to history from around the world.

Ryland has learned how to put the needs of others first from his dad. Ryland grew up near Swift Current, Sask. where watching his father inspired him to become a leader.

“Glen is very calm, thoughtful and considerate of others. He really wants to understand what people’s opinions and ideas are, and he really validates and tries to support that.”

Throughout his career Ryland has met students from all different ethnic backgrounds. The stories of his students are always held close to his heart.

“I feel totally Canadian. I think that’s part of being a sort of bi-continental person. And a lot of our students can relate to this. You know, they have this similar sort of dual background.”

Ryland recalls feeling out of place living both in Canada and Norway. He knew that if he felt that way as a white man, that there are surely students of colour that would feel that way.

“A lot of the Muslim students especially have told me stories about things that they’ve experienced here in Calgary that are hair-raising,” he said.

Ryland wants his classroom to feel like a safe space for everyone. He wants his students to feel like themselves, without the judgment of who they identify as.

Stories from his students are where he makes his connections. One unexpected day, Ryland met a student who was a Rwandan genocide survivor.

Melchior Cyusa, a student at MRU, asked Ryland if he wanted to become a part of the event hosted annually by the Rwandan Canadian Society of Calgary. Every April, Rwandans across the world gather and commemorate the horrific events that took place 27 years ago.

“He asked, would you consider hosting the commemoration service?” said Ryland.

Ryland has a special connection with Africa. His doctorate focused on German missionaries on the continent.

For Ryland it was a no-brainer to help the community. He believes that communicating his teachings are his life’s mission. 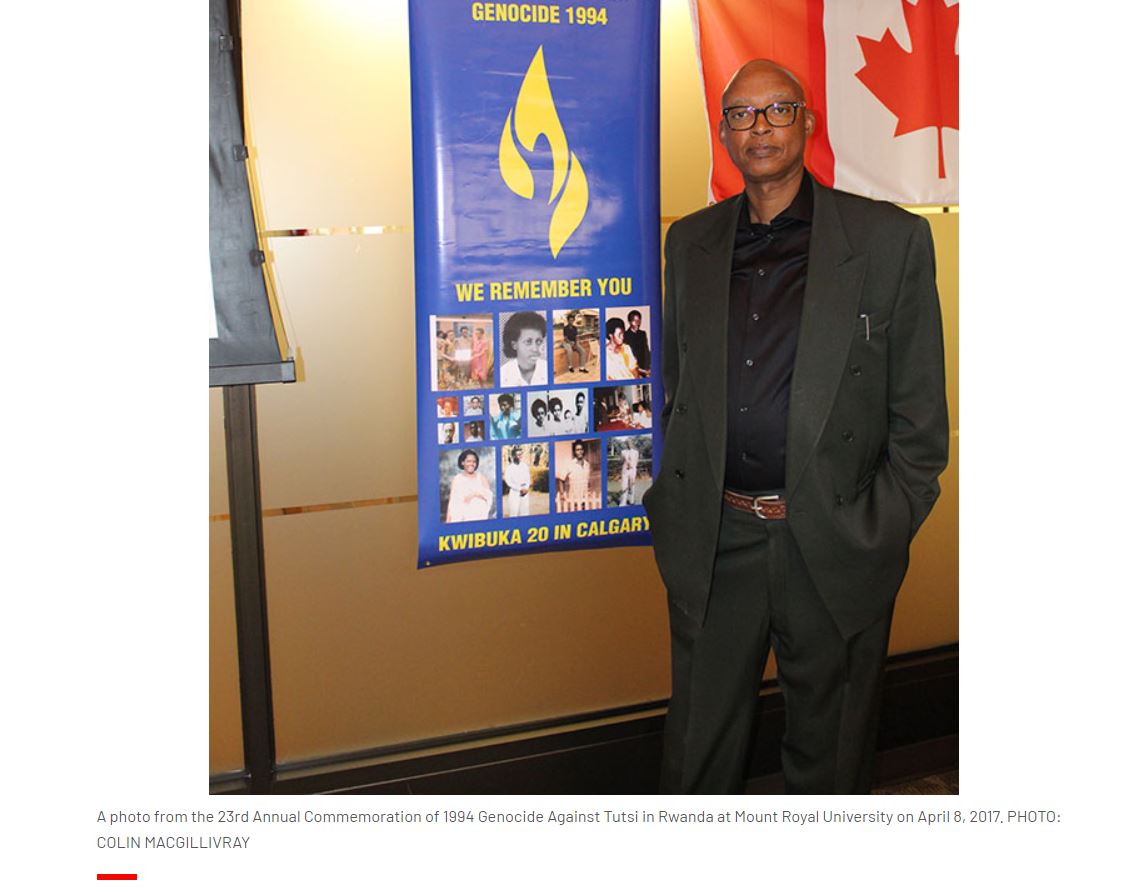 Now, Ryland organizes and hosts this event every April on the MRU campus.

Ryland downplays his impact, but the society knows otherwise.

He was recognized for his contributions and honoured for his work in the form of a Rwandan flag and scarf.

“We wanted to present him with the flag of Rwanda, which is a special thing that you would reserve to an honourable person who has done something good to my country,” said Cyusa.

Not everyone around Ryland understood why he wanted to help people so different from himself. But Ryland said his ideologies are not limited to his ethnic and religious beliefs. He knew that the hate from a few individuals should not hinder his passions.

“I feel very strongly attached to my own beliefs. I take them very seriously and yet I don’t hold them tight,” said Ryland

Ryland wanted to connect with other organizations around the city, only to have an unexpected situation help that happen.

“And what’s interesting is through the Rwandan society I ended up connecting to the Calgary Catholic Immigration Society (CCIS),” he said. 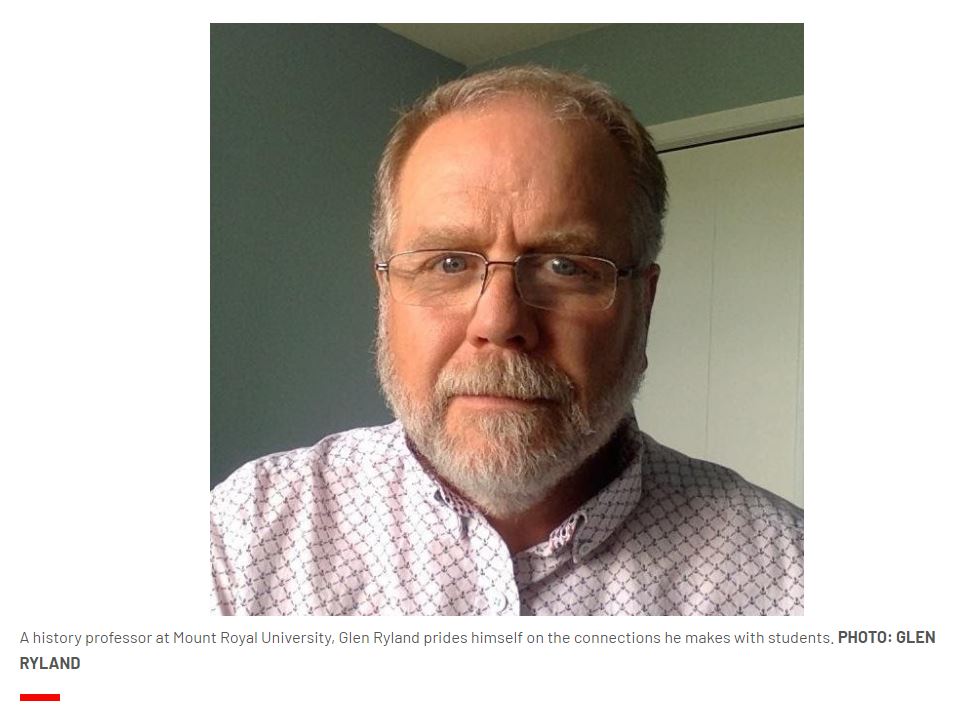 The CCIS helps immigrants and refugees settle into Calgary.  Marion Christensen, a community development worker at the CCIS, remembers how Ryland had a positive impact on their society.

“Glen is very calm, thoughtful and considerate of others. He really wants to understand what people’s opinions and ideas are, and he really validates and tries to support that,” said Christensen.

Every June 20, MRU holds World Refugee Day to honour and celebrate the strength and courage refugees show. Christensen Ryland made worked to bring more people in.

The general education course — Rethinking the Global Sphere — launched five years ago. This course teaches students about the world around us. Topics include but are not limited to poverty and food insecurity. Creating a holistic experience to a community service-based course.

Beyond helping with these organizations. Ryland wants to expand his influence with other organizations he believes in.

He continues to expand his wisdom through the people he meets and he wants to continue to break the boundaries of ideologies, making the people around feel safe in their own skin.