How the CRE industry can aid Ukrainian, Afghan refugees

Canada has pledged to accept thousands of refugees from dangerous situations and war in Ukraine and Afghanistan, but what is it doing to help and house them once they arrive? 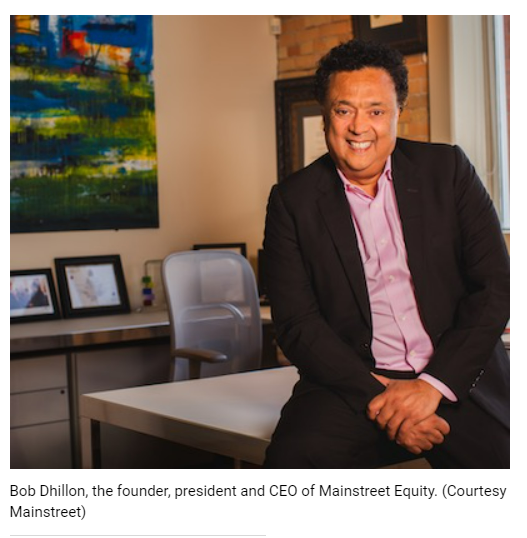 Two recent webinars — by Immigration, Refugees and Citizenship Canada (IRCC) and Urban Land Institute (ULI) Toronto — explored progress to this point and what can still be done from a real estate perspective.

Many Canadian cities are already challenged to provide adequate amounts of affordable housing to citizens and the more than 400,000 immigrants scheduled to arrive over the next few years.

Where Afghan refugees are settling

Canada plans to resettle at least 40,000 Afghans facing persecution from the Taliban, and the 10,000th of these displaced people was welcomed on March 30. Birjandian said 39 communities outside Quebec have accommodated people so far. The Quebec government has designated 14 communities across the province for resettlements.

The top-five destination communities have been Toronto, Calgary, Vancouver, Ottawa and Mississauga.

IRCC director general Corinne Prince said the network of towns and medium-sized cities able to accommodate refugees is being expanded.

The Resettlement Assistance Program is offered by 35 organizations and assists newcomers by meeting them upon arrival, helping them find suitable housing and offering initial allowances and monthly income support for up to 12 months.

The Canada Mortgage and Housing Corporation (CMHC) works closely with the housing sector and governments.

“If it wasn’t for CMHC for designing and creating affordable housing, directly and indirectly, and financing and insuring loans, I don’t think we would have had any affordable housing in Canada,” said Calgary-based Mainstreet Equity founder, president and CEO Bob Dhillon.

The federal government’s National Housing Strategy was created in 2017 with a 10-year, $72-billion plan using a human rights-based approach that promotes inclusion, accountability, participation and non-discrimination.

He deals with settlement agencies and non-profit housing agencies across Canada to assist with partnerships in providing supportive housing.

Killam’s Glenforest Apartments in Halifax is a 400-unit community of 10 older walk-up buildings that has accommodated refugees for 10 years. Jackson said about 70 per cent of current residents fit in that category.

Killam owns apartment buildings across Canada and Jackson said it has vacancies in Calgary, Edmonton, Ottawa and St. John’s where it can help resettle refugees and immigrants.

“Every single corporate developer that’s building multires apartments needs to engage,” said Jackson. “You’ve got to try to help out where you can.”

Almost 44 per cent of Afghan immigrants have a family of six or more, so larger units must be found to accommodate them. However, Jackson acknowledged it’s a major challenge to provide apartments with three or more bedrooms.

He said governments and developers need to work together to build more projects with large units.

Dhillon said if Canada can’t provide a safe roof over people’s heads, it will create challenges and make it a weaker country.

“The short-term solution is that we need to direct refugees and immigrants to the right parts of Canada where housing is more reasonable,” he suggested, singling out Manitoba and western provinces, and particularly the northern parts of those provinces.

“Even major urban centres like Calgary, Edmonton, Saskatoon, Regina and Winnipeg still have rents below $1,000 and it’s still affordable. That becomes a stepping stone for them because house buying is affordable.”

Dhillon conceded immigrants and refugees want to live with members of their communities, which is why they often concentrate in the Greater Toronto Area. However, the cost of living is high and he believes cities and towns across Canada are becoming more diverse, which can make them more appealing as well as affordable for newcomers.

Dhillon sees refugees and immigrants as very low-risk tenants and said Mainstreet will take a chance on them even if they don’t have credit references or deposits.

Amit Thakur, district manager for Toronto-based Morguard, has worked with the Ontario Council of Agencies Serving Immigrants to relocate Syrian refugees and is now doing the same with Afghan families, whom he says are thankful to be safe, have housing and able to send their children to school.

He noted many refugees have moved out of apartments and bought houses or condominiums as they became more established.

She expects most Ukrainian refugees to be women with children and perhaps elderly parents.

The UCC is seeking short-term housing solutions from universities and placing refugees in donated spaces in private homes. It’s also looking for housing industry support via rent forgiveness or assistance.

While many refugees will arrive in Toronto as their Canadian entry point, Bulat hopes housing providers in more affordable markets with more availability will offer accommodations.

UCC CEO and executive director Ihor Michalchyshyn said Canada has a large existing Ukrainian community so some refugees may be able to stay with relatives and friends, at least in the short term, since most will have little savings, cash or resources.

He noted there are well-organized groups in St. Catharines and Oshawa in Ontario, and Winnipeg and Saskatoon further west.

“I think part of that pressure in the GTA will be alleviated if we can work together with the provincial governments that want to redistribute people out to other smaller markets where there might be more availability and where there might be a better quality of life and affordability,” said Michalchyshyn.

Michalchyshyn thinks organized airlifts to cities such as Edmonton, Calgary and Saskatoon would alleviate confusion, rather than having Ukrainian refugees fly into Toronto, then decide where to go.

League Of Ukrainian Canadians representative Nadia Gereliouk said there will also be a need for commercial and industrial spaces to store supplies and provide services for refugees.

Community infrastructure to provide programming for mothers and children will also be important. There are organizations that can help, but more opportunities would be welcomed.

Toronto Newcomer Office manager Vera Dodic works with the mayor’s office on refugee and immigrant issues and resettlement, and with other levels of government and the Toronto Police Service on support for refugees and streamlining processes.

Brooks said the real estate industry may be able to help provide work for newcomers in construction, property management and security, among other areas. Dodic noted there are agencies that can provide job-matching assistance and the federal government Job Bank can also play a role.

Dodic urged the real estate community to advocate for refugees to receive immediate Ontario Health Insurance Plan access upon arrival, as opposed to having to wait three months. 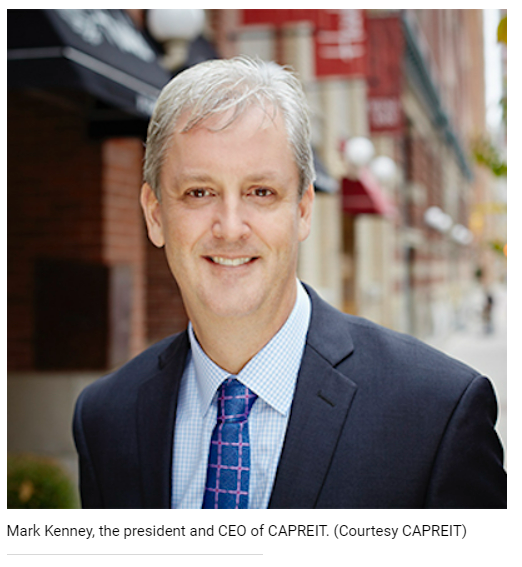 CAPREIT and its peers

These units will be provided, without a need for paperwork, for six months.

CAPREIT, in coordination with the UCC, is offering rent forgiveness and waiving damage deposits, with no paperwork requirements, for 100 units.

CAPREIT and its peers are also attempting to provide job opportunities. Kenney added companies including Sleep Country, Sheraton Hotels, Marriott Hotels, Rogers and Cohen Highley LLP have made generous donations to the effort.

Initiatives are also coming together to provide refugee adults and children with English lessons, adult training programs and schooling for children.

“What a positive experience this has been in a very, very sad set of circumstances,” said Kenney.

Nathan Rotman, who’s involved with public policy in Canada and the Northeastern United States for Airbnb, said the company works closely with its own non-profit Airbnb.org to partner with members of the Airbnb community to offer free temporary housing during emergencies.

Rotman said Airbnb.org has housed over 50,000 refugees and asylum seekers over the past couple of years. It has provided housing to more than 20,000 Afghan refugees and has committed to helping 100,000 Ukrainians.

While most of the housing support for Ukrainians has been in Europe, Rotman said Canadians have been offering housing. As a result, Airbnb.org is working with refugee settlement agencies across the country.