Shafiqullah Sahil arrived in Calgary just three days ago and was overjoyed to find out that he and his family will soon move in to a new temporary residence they can call ‘home.’

“It’s a happiness you can’t explain to anyone because you feel safe to find shelter, to be secure like this with my entire family,” Sahil said.

“I can’t wait to see our new home where we will start our new life.”

The Afghan national and former interpreter with the Canadian Armed Forces from 2006 to 2010 suffered serious injuries to his leg during a bombing while on duty. His brother was killed by the Taliban and his life turned upside down by the terrorist group’s recent takeover of Afghanistan.

Sahil, along with his wife and two children, have now been placed in a Calgary hotel with several other Afghan refugees thanks to the Calgary Catholic Immigration Society (CCIS).

The organization has since partnered up with Airbnb to provide temporary homes for the 220 Afghans that now call Calgary their new home.

Fariborz Birjandian is the CEO of CCIS and also the national co-chair of the Afghan Resettlement Operation. He says the influx of refugees has impacted the entire country as Calgary is due to process 5,000 Afghan refugees – in the next three and a half months -- who were first evacuated to the U.S.

“We have been in negotiation with Airbnb for some time, so we finalize it as a $500,000 donation by them to this project, which will actually allow 34 other resettlement agencies across the country to utilize these funds,” said Birjandian.

“We actually do quite a lot of work with them, orienting them about life in Canada, talking about the norms in Canada, connecting them to the education system, health system, housing, and everything that they needs to actually be able to live independently with a little bit of accommodation.”

Birjandian says the process of receiving a new temporary home usually takes about one month.

Airbnb has since committed to providing temporary housing to 20,000 Afghan refugees worldwide, according to the company’s senior manager of public policy in Canada and the U.S., Nathan Rotman.

Airbnb is supplementing some of the homes, while some of our hosts are opening their homes for free. Some individuals have even just signed up online either to make donations or to say they have extra space,” Rotman said.

“People want to be part of the solution and Canadians have a strong history of doing this.”

The news is especially overwhelming for 24-year-old Freshta Aslamzada who worked as a television journalist in Kabul.

She arrived in Calgary with her mother just a few days ago and will soon move in to an apartment.

“I’ve always loved Canada since I was a kid, especially the flag because of its bright red colour,” she laughed.

“This is one of the countries where we are accepted, so we fought hard to come her, we feel comfortable and secure so I know my future will be good.”

Aslamzada adds that several of her family members are still in Kabul as she fears for their safety.

“Little girls are stuck at home, they’re not allowed to go to schools or continue their university or private university education,” she said.

“People are not allowed now to go to their jobs and to continue their jobs, and it's a very bad and shocking situation for every woman, girl and also boys.”

Meanwhile, another Calgarian by the name of Abdul, immigrated to Calgary from Afghanistan in 2005 and also worries for his family members stuck under Talban rule.

Abdul spoke with CTV News Thursday but did not wish to give his last name for fears that the regime could find his family and harm them.

“They don’t have a good situation right now because they have no jobs, no income, no work, no medical, no clinics, no hospitals, no anything,” he said.

Abdul adds that he hopes his family can escape Afghanistan and get approved for immigration to Canada.

“Everyone likes it here, because Canada is home, Canada is family.” 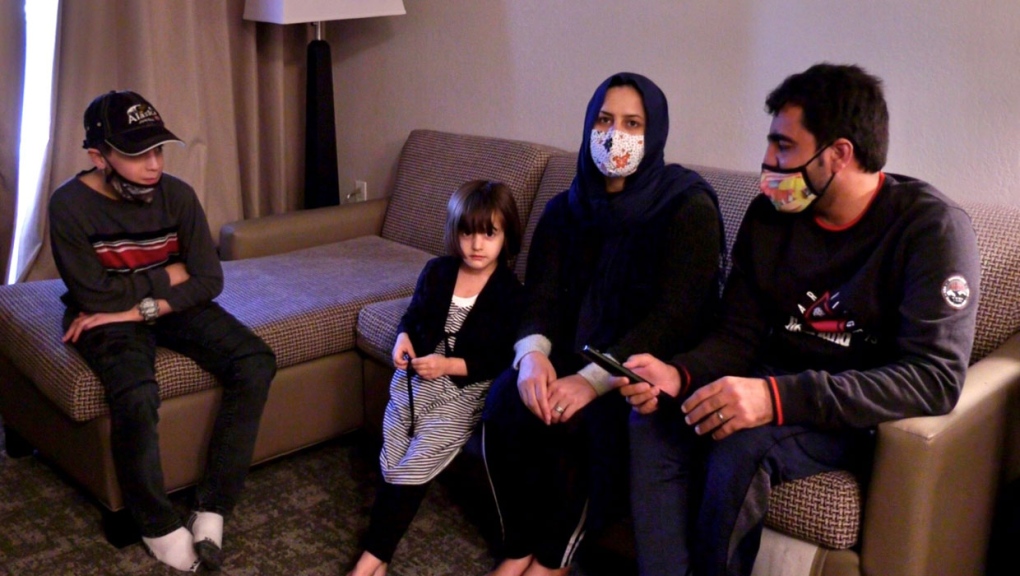